“I Am Fearfully and Wonderfully Made” Scum or Not A Scum

I am fearfully and wonderfully made: The Holy book which is the Bible enlightens humans about how God created them so wonderfully hence humans have to appreciate who they are whether their color, tribe, race, or nationality.

Humans have become so greedy to the extent of forgetting that their creator is the one who has assured them that they are wonderfully created.

Despite all these reassurance humans have decided to “recreate” themselves through the use of products such as skin-lightening pills, whitening soaps, lotions, injections, and even surgeries.

As human generations pass by and evolve to this technologized error, people have invented ways through which they can alter their physical appearance in a glimpse of an eye.

It is a generation where you will witness a dark-skinned person turn into a white as a result of them not being satisfied or insecure about how they look.

Pills that destroy natural melanin by hindering its production, injections that alter the body’s production of melanin, and creams that lighten the skin are greatly consumed by individuals.

It is a world where companies are competing with each other to produce the strongest creams that lighten the market where the consumers are readily available. Skin-whitening beauty products have flooded the market from the cheapest to the most expensive.

Humans have also reached a point where they can even change some of their body parts through surgeries that totally make them look and have more attractive body parts like breasts etc. If God himself created wonderfully, is there a need for us to alter with his lovely creation?

Most ladies who do all this become famous and a social light because of their ‘size 8’ figure which is artificial.

A culture of bleaching has become common among Africans. Many women do this to look beautiful, good, and attractive. Not only ladies do this beatification practice, but men also practice but at a lower rate.

Women say that they bleach because men are attracted to light-skinned ladies, and it improves the chances of one getting a love partner. Peer pressure from ladies who are into bleaching is also a factor that has really increased bleaching rates.

Women who bleach say they do it to attract men and men prefer the color which is also appealing to them. By implication, women bleach because they believe that white skin color attracts spouses, income, and social status.

Despite the lovely color gotten after bleaching, there are many negative effects of using these creams.

The skin gates are damaged; the chemical products used such as mercury are very strong to the extent of causing skin cancer as a long-term effect since the skin lacks melanin which protects the skin from harmful sun rays.

These creams make the skin thinner and as a result, makes the skin bruise, wounded easily, and also get healed slowly and poorly. The thinning of the skin exposes the veins in the body abnormally.

People should be confident about who they are despite their skin color. Positive and high self-esteem equals self-love. When one learns to embrace themselves and be satisfied with how they look, they will never scum to peer pressure of bleaching.

People should be confident of who they are despite their color, God our creator reassures us that we are wonderful and there should be no reason for us to have doubts about these lovely words “Praise you for I am fearfully and wonderfully made. Marvelous are your works, and I know this well. (Psalms 139:14) 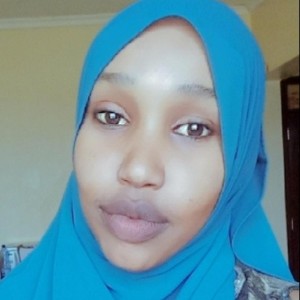 Student at Multimedia University of Kenya.

How men can cope with mental health challenges affecting them

Asking for help – It’s OK not to be OK

All you need to know about the Nairobi festival 2022

Charlene Ruto: I sold Smokie Kachumbari at Daystar University because of my father

Kenyans who traveled to Qatar for the World Cup have been lighting up the mood on the internet as they enjoy the football tournament. The national team Harambee Stars has never participated in the FIFA World Cup. This has however

We all have sat for an exam, at some point in life. It may be an institutional exam or just some type of assessment e.g. a medical exam. All have some type of pressure, but I would like to talk

School children in Nairobi will in the coming days travel to and from school hustle-free and at no cost. This is after Governor Johnson Sakaja struck a deal with over 450 matatu SACCOs to transport any uniformed child to school

The new government headed by Ruto seeks to plant as many trees as possible, in his first term in the presidential office. Nairobi County governor, Johnson Sakaja has disclosed plans by the Kenya Kwanza administration to recruit youths for tree-planting

10 most-watched Youtube videos: Admit it. You spend most of your spare time on social media entertainment platforms such as Youtube. I’m not judging you! Youtube is an unending stream of content; every minute, 500 hours of video footage are