It is one of the highest awards that an individual soccer player can win, closely tailed by the World Cup which will also be contended for, later this year. For over a decade the Ballon’ Dor was a preserve of two scintillating and exciting top-flight players: Cristiano Ronaldo, formerly of Real Madrid FC and Lionel Messi, formerly of Barcelona FC. However, all good things must come to an end, as in 2022 it is Karim Benzema who lifted the trophy.

The man who carried water for Cristiano Ronaldo got his champagne moment. The Madridista has gone from jeers to cheers at Real Madrid, with his 13-year odyssey in Spain having been a tale of survival at times. How many times was he touted for a move to Arsenal during the Arsene Wenger era? Wenger’s consistent message that he did not need Benzema because Arsenal already had plenty of quality forwards has not aged particularly well. In 2022, Benzema followed in his teammates’ footsteps. But what was the journey like?

The Ballon D’or winner’s 44 goals in 46 games last season came in a double-winning cause, with Real Madrid carrying off the Champions League and LaLiga trophies. Make it a treble if you’re counting the Supercopa, where the final saw him score from the spot against Athletic Bilbao. He has spent much of the year skippering Los Blancos, given club captain Marcelo was just a fringe figure in Carlo Ancelotti’s team before leaving at the end of last season.

Just like Messi-Suarez-Neymar, the Bale-Benzema-Cristiano all-star trio was compelling, but there was often a sense it was two thoroughbreds and a workhorse, the latter constrained by the dutiful role he was asked to fulfil. Benzema knew better than to be a neigh-sayer, swallowed the sugarcoated reassurances, and proved himself a champion stallion after all. When Ronaldo scuttled off to Juventus in 2018, and as Bale’s contributions waned as he took to golfing, for the first time Benzema found himself the talisman.

He had been overshadowed all the way back to his first week at the club, when his presentation followed three days on from Ronaldo’s own first big welcome at the Bernabeu. Ronaldo’s unveiling came on July 6, 2009, in front of a massive 80,000 crowd. Some of those returned for Benzema’s own bow, but most had other things on. Benzema was signed for €35million from Lyon amid an extraordinary spree, one that saw Florentino Perez’s second term as president begin with not only Ronaldo and Benzema coming in, but Kaka, Xabi Alonso, Alvaro Negredo and Alvaro Arbeloa too

In 2015, not long after losing his job at Madrid, veteran manager Ancelotti told AS: “To me, Karim is the best player in the world in his position and not just as a goalscorer. Talking about whether he should score 30 goals is a false debate. He has great qualities; he is a complete player.” Ancelotti’s short-lived successor, Rafael Benitez, made similar claims but also questioned Benzema’s finishing and began to substitute him regularly, saying: “He is a phenomenon. Let him get mad. Next day, make sure you score twice instead of once.”

10 facts you didn’t know about the World Cup trophy

It was tough love from Benitez, who was replaced in mid-season by Zidane. Benzema finished the season with 28 goals in 36 games across all competitions, scoring once every 92.75 minutes. In 2016-17, as the goals began to dry up, Zidane kept faith.

In that season’s LaLiga campaign, Benzema scored only five goals, grossly underperforming his expected goals total of 13.22, which reflects the quality of his chances and likelihood of scoring.

However when Ronaldo left, something clicked. In LaLiga alone, Benzema had not had consecutive 20-goal seasons while Ronaldo was at Madrid, but four followed in succession: 21, 21, 23, and last season’s 27-goal league haul. He was thriving not merely on responsibility, for that had always been there, but on prominence. Previously a glorified gofer, he has become the go-to man.

The Real Madrid striker showed up with 59 goal contributions in all competitions where Carlo Ancelotti’s side won La Liga and the UEFA Champions League during the 2021/22 season.

Again his performances in the Champions League drew huge acclaim. He scored hat-tricks in the last-16 second leg against Paris Saint-Germain and in the quarter-final first leg against Chelsea.

He scored again in the decisive second leg against the London club before striking again in both the semi-final first and second legs against Manchester City.

After Real Madrid’s 1-0 win over Liverpool in the Champions League final in Paris, BT Sport pundit Rio Ferdinand said: “I think the argument is over for the Ballon d’Or.”

Five-time Ballon d’Or winner Cristiano Ronaldo finished in 20th this year, as Karim Benzema proceeded to receive the prestigious award after over a decade of hard-work and perseverance. I guess success is no accident. 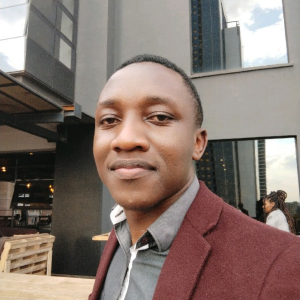 Elisha Mbadi is a technology writer and guru. He is a software engineer at Bizna Kenya.

All you need to know about the Nairobi festival 2022

Charlene Ruto: I sold Smokie Kachumbari at Daystar University because of my father

Kenyans who traveled to Qatar for the World Cup have been lighting up the mood on the internet as they enjoy the football tournament. The national team Harambee Stars has never participated in the FIFA World Cup. This has however

We all have sat for an exam, at some point in life. It may be an institutional exam or just some type of assessment e.g. a medical exam. All have some type of pressure, but I would like to talk

School children in Nairobi will in the coming days travel to and from school hustle-free and at no cost. This is after Governor Johnson Sakaja struck a deal with over 450 matatu SACCOs to transport any uniformed child to school

The new government headed by Ruto seeks to plant as many trees as possible, in his first term in the presidential office. Nairobi County governor, Johnson Sakaja has disclosed plans by the Kenya Kwanza administration to recruit youths for tree-planting

10 most-watched Youtube videos: Admit it. You spend most of your spare time on social media entertainment platforms such as Youtube. I’m not judging you! Youtube is an unending stream of content; every minute, 500 hours of video footage are